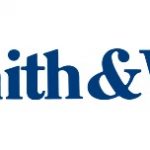 The Second Amendment Foundation (SAF) and Smith & Wesson have partnered to create a commemorative revolver designed to recognize the historical significance of the District of Columbia vs. Heller decision and to acknowledge the six original plaintiffs that united to challenge the gun ban in Washington, D.C.

As part of the project, an engraved Smith & Wesson Model 442 revolver will be presented to each of the six plaintiffs – Shelly Parker, Tom Palmer, Gillian St. Lawrence, Tracey Ambeau, George Lyon and Dick Heller – for their key roles in working to protect the Second Amendment right to keep and bear arms. The commemorative revolver is available for consumer purchase and Smith & Wesson will direct a portion of the proceeds to the Second Amendment Foundation to acknowledge the organization's pivotal role in the Heller case and its ongoing efforts to preserve the Second Amendment rights of U.S. citizens.

The Smith & Wesson Model 442 will be laser engraved with an insignia to commemorate the ruling by the Supreme Court. On the right side plate of the revolver, the scale of justice is depicted with the wording "D.C. vs. Heller" across the scale. The balance is in favor of the "Heller" name with the court date of "June 26, 2008" positioned across the top. Underneath the scale, the side plate reads "Second Amendment" and "The right to keep and bear arms" in white lettering.